84 years ago today, on November 9, 1938, the synagogue in Fulda was destroyed by the National Socialists during the Night of Broken Glass. On the occasion of this sad anniversary, a team of volunteers led by Fulda’s representative for Jewish life, Anja Listmann, the Stadtteiltreff Fulda Innenstadt and the media project center Offener Kanal Fulda would like to look back on the history of Jewish life in Fulda with a video series.
The first video, which will be published today on the website www.juden-in-fulda.org and on social media, deals with the history of the former synagogue at Stockhaus.  It gives an overview of the historical and religious development of the Fulda synagogue from the Middle Ages until its destruction during the November pogrom in 1938.
With numerous historical sources, including photographs, the structural changes within the synagogue area become visible. Photographs of the synagogue interior show details such as the women’s gallery or the mezzanine for the choir; the Torah shrine or the memorial plaque of the First World War.
Not only a look back into history, but also an outlook on the future use of the synagogue area are part of the video.
For non-German speaking viewers the video is provided with English subtitles. 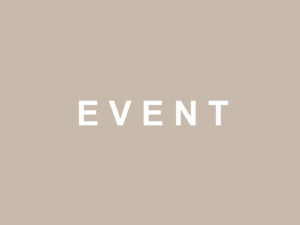 Event “Learning from the Past ….“

Invitation Commemoration of the 1938 pogrom

Um diese Website optimal zu präsentieren und fortlaufend verbessern zu können, verwenden wir Cookies. Durch Klicken auf "Akzeptieren" stimmen Sie der Verwendung ALLER Cookies zu.
We use cookies on our website to give you the most relevant experience by remembering your preferences and repeat visits. By clicking “Accept”, you consent to the use of ALL the cookies.
Cookie Einstellungen / SettingsANNEHMEN / ACCEPT ABLEHNEN / REJECT
Manage consent